smithfield-utah-history.com
History is really the first part of Our Story
Menu

The Smithfield Heritage Trail is waiting for you!

Have you ever wondered what it would be like in Smithfield, Utah in its early days?  Are you curious to know what people thought was important then and what they spent their time doing?  Well, lace up your shoes and grab the kids and grandkids, the Smithfield Heritage Trail is waiting to show you! 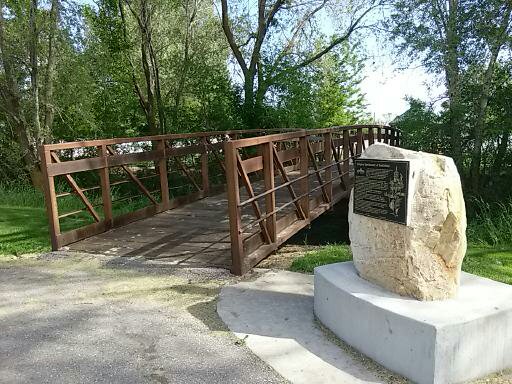 The tour begins at Heritage Park, located at 350 West Center in Smithfield.  Heritage Park was established to remember the first settlers who built just west of there.  There is a short history on the plaque to honor them.  A nice foot bridge crosses Summit Creek and takes you to an enclosed grassy area with a pavilion, room to run and play, and a cabin recreated to give you an idea of the size and style of home these early settlers would have built and lived in.  Yes, they were that small!

Back on the north side of the creek and heading east, you can get a sense for what a wild open valley might have looked like as you walk through a stretch of native wildflowers.

Crossing over Center Street to the north side and heading east, we get a sense of the importance of water to this settlement.  On this street between 200 and 100 West was the tannery built by James and Robert Meikle in 1860, as well as dugouts that some of the settlers built when they first arrived. 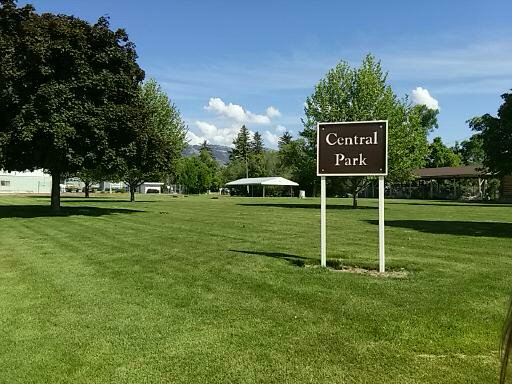 Crossing 100 West we come to Central Park.  The city of Smithfield began to develop this park around 1925.  It has a playground, a baseball diamond, a pavilion and large, grassy area, as well as the recently added splash pad.  The sand volleyball court was the site of the first neighborhood school which was built in 1879.  A big, red brick elementary school was on the square from 11901-1936 and was followed by a yellow brick elementary school from 1912-1992.  The current elementary, Summit, was used as Smithfield Junior High until 1964 when Sky View was built.  The Summit school has had many additions until the original structure was torn down in 2015.

The Smithfield Second Ward Tithing House was built at the end of the time period when members of the Church of Jesus Christ of Latter Day Saints (LDS) faith paid tithing in kind, whether as cash, produce, grain or hay, milk, and eggs.  When that practice ended, the building housed a book collection for the beginnings of a town library, then it was used as an extension of the elementary school for music classes.  It is currently home to the Smithfield Irrigation Company.

The Smithfield Tabernacle was built of original yellow brick made from the clay in Smithfield.  Taking twenty years to build, it was dedicated as a Tabernacle for the Church of Jesus Christ of Latter Day Saints in 1905.  Not only used for church meetings, this great building also housed cultural events.  Now owned by the City of Smithfield, the tabernacle is home to youth basketball, our recently started annual Christmas Nativity display, and is available to rent for parties, receptions, and other activities.

The Smithfield Carnegie Library has recently doubled in size with the new addition.  The original building is the east part which faces the highway.  Books were collected and originally housed in the church library while fundraising was done.  In 1921, the Utah Daughters of the Pioneers organization learned of help available to build libraries through the Carnegie Corporation of New York.  They made an application and received $120,000.00 while the balance of $8,000.00 was paid from taxes and bonds.

The Utah Idaho Central Railroad was a light rail system (similar to TRAX in Salt Lake City and the Wasatch Front) that ran from Ogden to Preston.  The tracks ran along Main Street in Smithfield and, up until the last Main Street rebuild, the tracks were buried under the asphalt!  The Electric Streetcar Ticket Office and Repair shop still stands, only now it houses the Wells Fargo Bank.

A pioneer monument with the story of Ira Merrill, the first Smithfield, Utah resident to die, stands on the northwest corner of Center and Main near the Library and Tithing Office.

Return to Sites and Landmarks